This species has the largest vertical range of any Fucus spp. in our flora; from the uppermost intertidal pools, throughout the intertidal to subtidal (5 m) depending on the location. The previous combined with significant morphological variation depending on the local habitat make this a difficult species to characterize. This species has regularly dichotomously divided fronds with a central midrib (which can be difficult to discern in some morphologies), which are capped by swollen receptacles when reproductive (Image A). The receptacles are typically blunt (relatively wide when compared to height) throughout much of the species’ range in BC and at sheltered sites in the NW Atlantic (Image A). In the lower intertidal zone at exposed sites in the NW Atlantic this species develops elongate and pointed receptacles (Image B). In uppermost pools in the NW Atlantic this species develops a dwarf morphology with plants typically <10 cm tall and blades only 0-3-0.6 cm wide (Image C & D). Finally, in salt marsh habitats in the NE Pacific this species can take on an unattached, turf-like morphology hardly recognizable as a species of this genus (Image E). 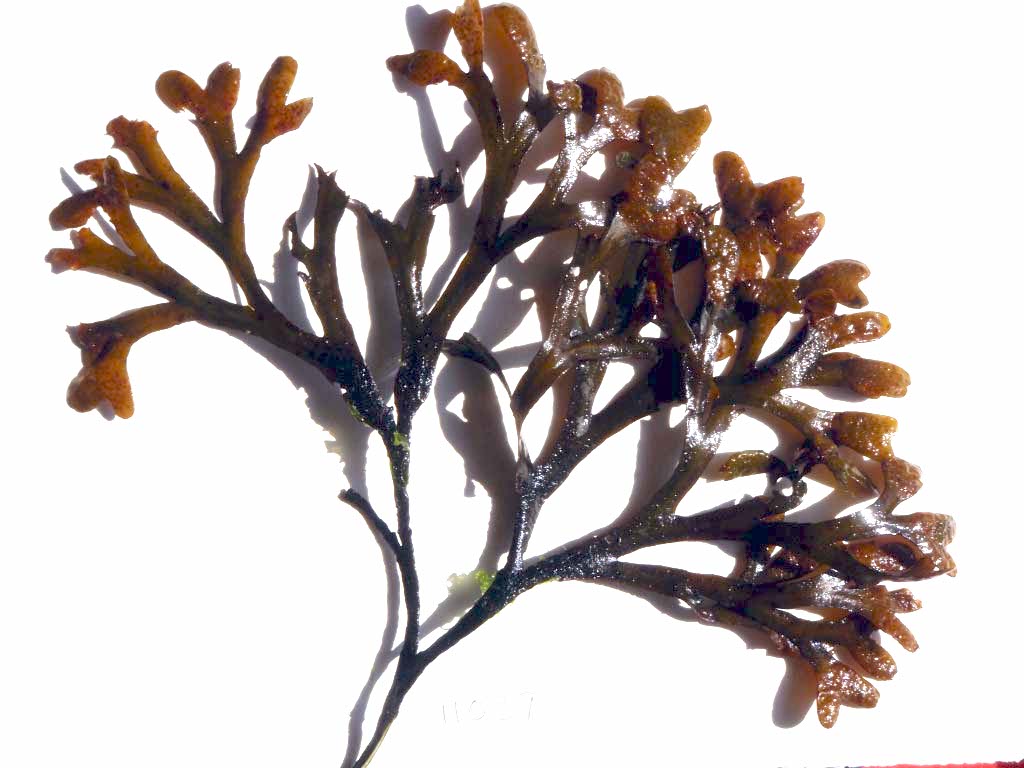 Image A. ‘Typical’ morphology for this species with the dichotomous blades and blunt terminal receptacles (mid intertidal on cobble, Naniamo, BC; GWS011039). 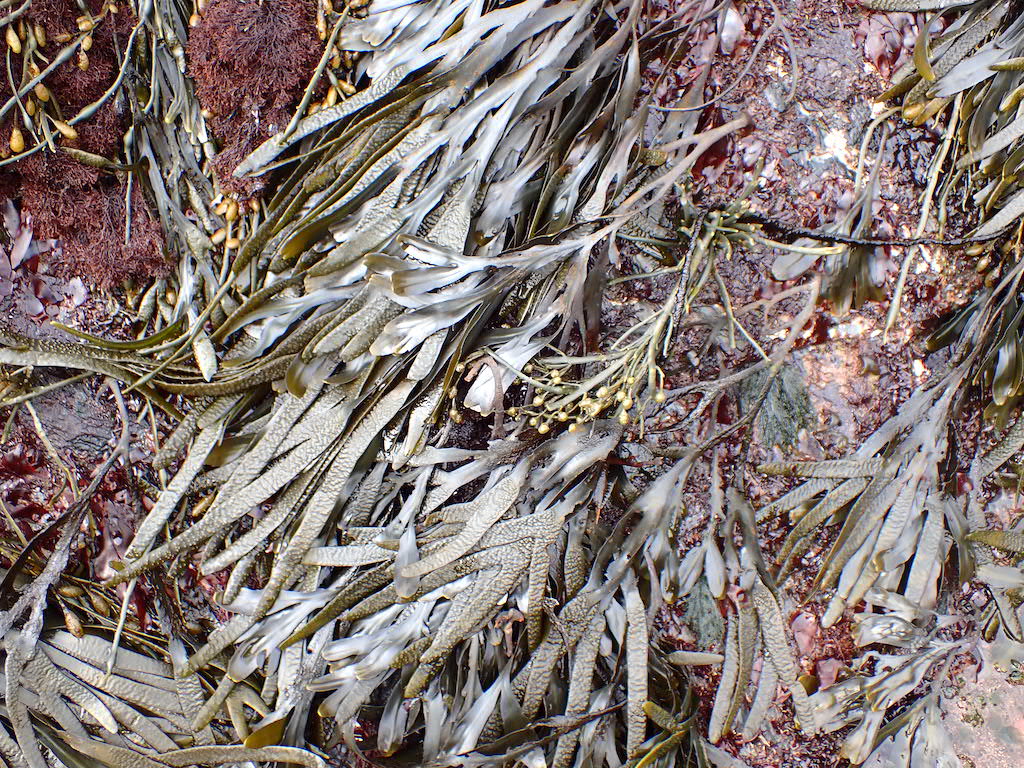 Image B. Specimens from the lower intertidal at exposed sites in the NW Atlantic develop long and pointed receptacles (Musquash Head, NB; EGWS000613). 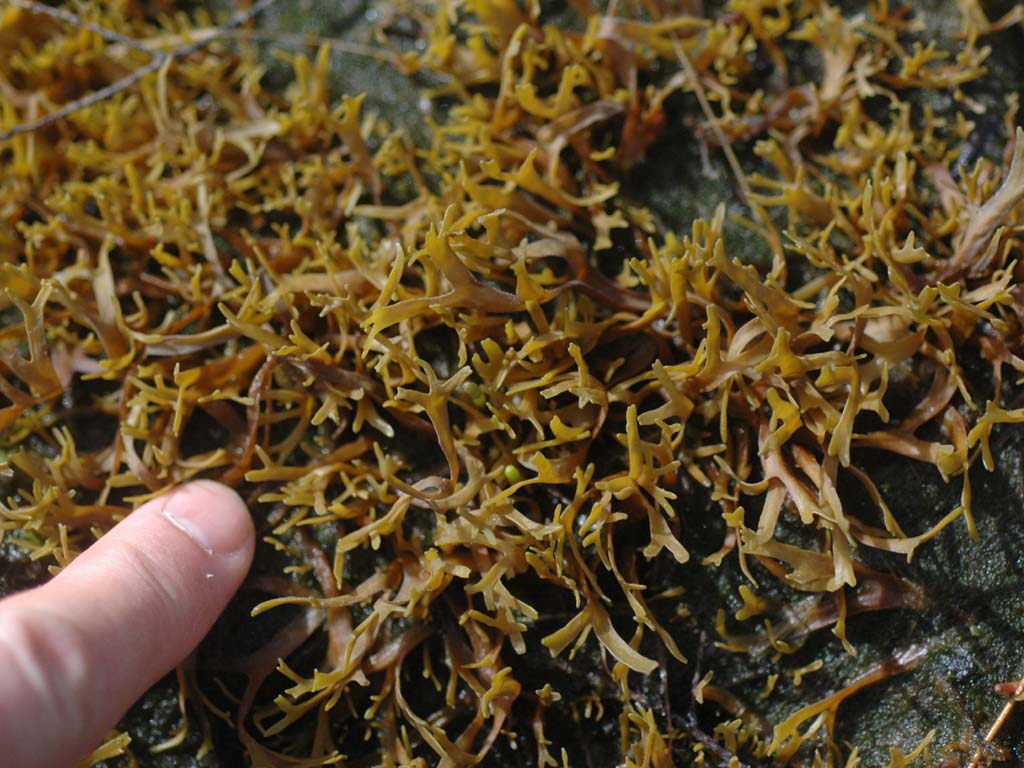 Image E. Unattached, creeping salt marsh morphology from the uppermost intertidal from near Tahsis, BC (GWS010009).