Bright red to greenish-yellow blades that can be irregularly lobed to pseudodichotomous in appearance (Image A) to expansive slightly lobed blades more typical in sheltered areas and at depth (Image B); with or without marginal proliferations. Palmaria palmata is distinct in the NW Atlantic and Canadian Arctic for the relatively large medullary cells that can at times traverse the medulla from cortex to cortex dominating the vegetative view in transverse section (Image C). Tetrasporangia are produced in surface sori and are separated by paraphyses (Image D). They are oval to spherical, 40-52 µm in diam., and when mature consist of a basal regenerative stalk cell and the terminal cruciate tetrasporocyte (Image D). Following release of the tetraspores an empty sheath remains with its basal stalk cell (Image E), which then swells into the remnant sheath to form a new tetrasporangial initial.

We have genetically verified records from the mid intertidal on rock to subtidal (10 m) on a variety of hard substrata and other algae (notably kelp stipes). Collections range from RI to northern Labrador, NL, and Churchill, MB, as well as from Ireland and Norway (there is population differentiation across the North Atlantic; Saunders et al. 2018). This species can be highly variable in morphology, some of which is recorded in the BOLD taxonomy browser.

Image A. Typical lobed pseudodichotomous blade growing on Fucus in the shallow subtidal (1.5 m) at Campobello I., NB (EGWS000041). 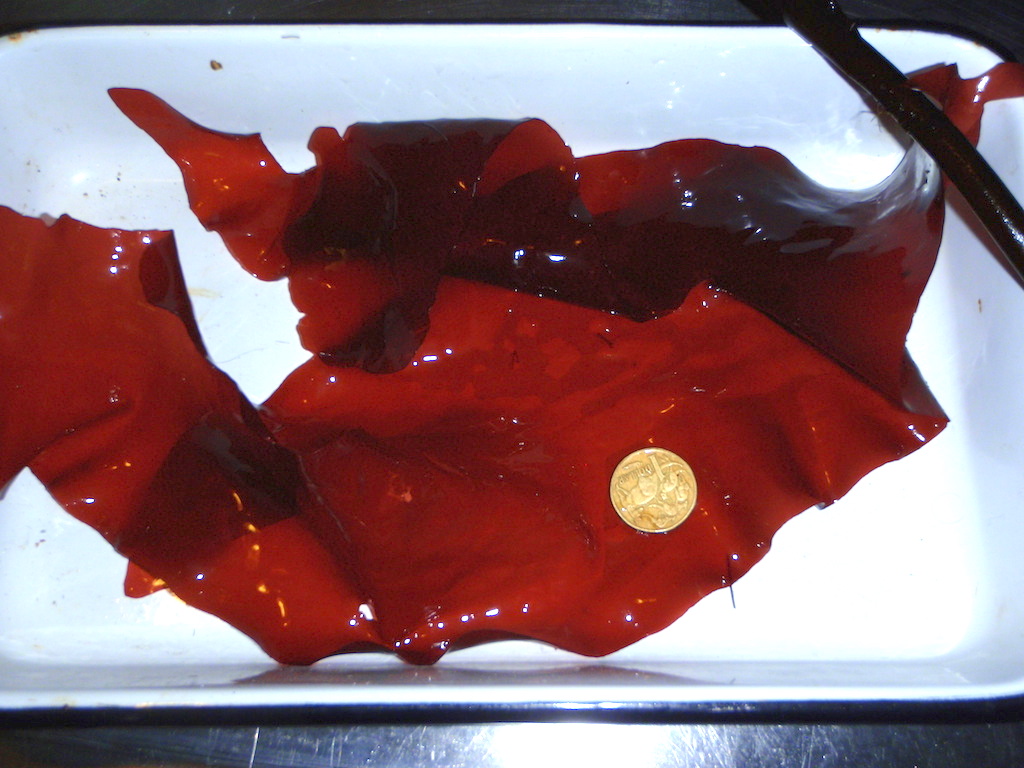