The small blades of this gregarious alga forms patches extending from the uppermost subtidal into the splash zone on hard substrata, notably boulders and bedrock (Image A). This species is especially prone to areas enriched with nitrogen from bird excrement and is a fairly distinctive element in Canadian floras. Blades are 0.5-2 cm in dimensions, cuneate at the base, but becoming irregular and curled in outline and eventually torn and dissected (Image B). In surface view cells are arranged in patches of 4, 8 or 16 cells, 6.5-8 µm by 7-13 µm in size (Image C), each with a single stellate chloroplast and a central pyrenoid (Image D).

We have genetically verified records from throughout British Columbia and into the contiguous waters of the USA in the Pacific, while in the Atlantic our records extend from NB to the island of NL. A second species, Prasiola crispa (Lightfoot) Kützing has been recorded in the NW Atlantic (Mathieson & Dawes 2017), but we have yet to verify this with genetic records (see comments under Rosenvingiella radicans (Kützing) Rindi, McIvor & Guiry). Collections in silica would be appreciated by the author.

Image A. A patch of Prasiola stipitata on bedrock in the uppermost intertidal at Wallace Cove Lighthouse, NB (EGWS000712). 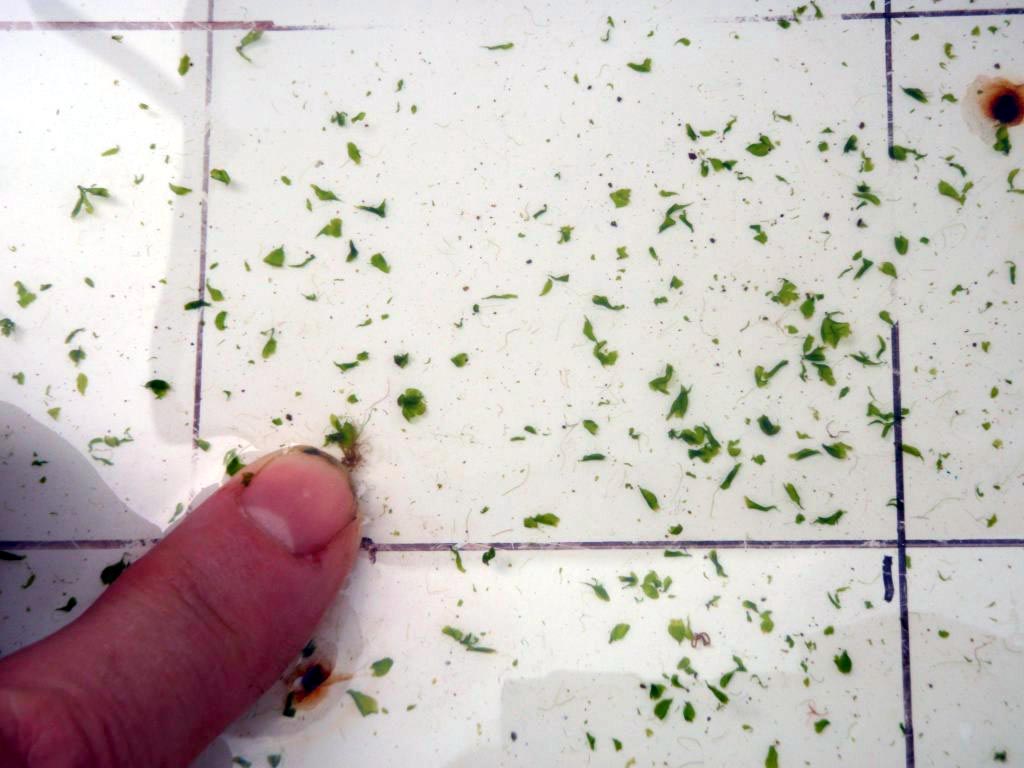 Image B. Blades are small with a cuneate base and irregular habit (uppermost intertidal on rock, Black Rock, Bay of Fundy, NS; GWS013966). 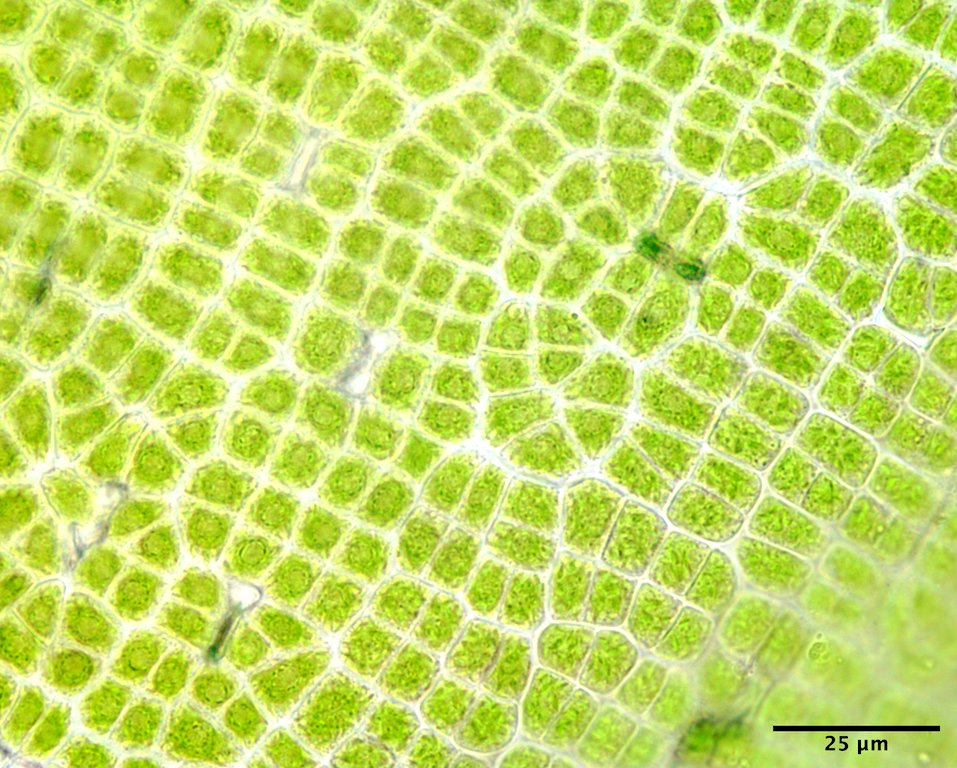 Image D. Close up of the stellate plastids with central pyrenoids (EGWS000712).