Dark red to blackish, richly branched thalli (some individuals can be confused for Rhodomela sp.; Image A) growing individually or in clusters from a compact holdfast, with distinct erect axes and individuals 5-30 cm tall. This species can be distinguished from other rhodomelacean species in the NW Atlantic by the thick main axes grading to typically bushy tips (Image A), the strongly alternating branching pattern evident throughout the plant (clearly distichous in younger thallus regions) (Image B). Pericentral cells 16 (8-18), not consistently spirally twisted (may show slight spiraling or wavy appearance in some segments of some individuals, but inconsistent across all, segments) (Image C); cortication thin and incomplete in older regions (Image D), while tips may be heavily invested with trichoblasts (Image E). Tetrasporangial, 70-95 um, produced in a spiral pattern, one per segment (Image F). 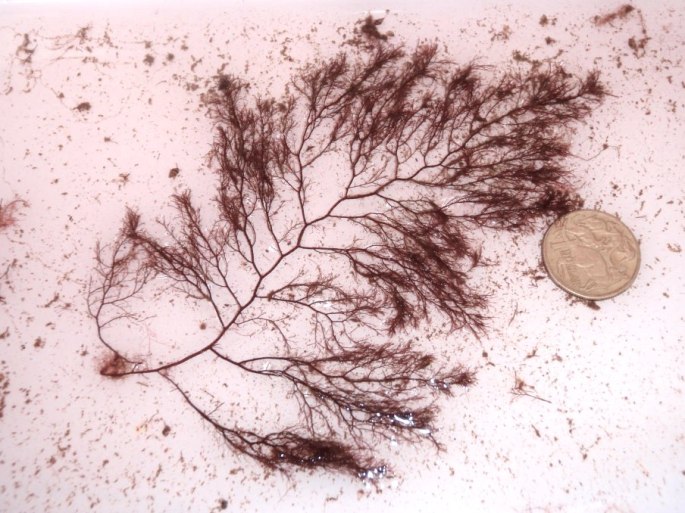 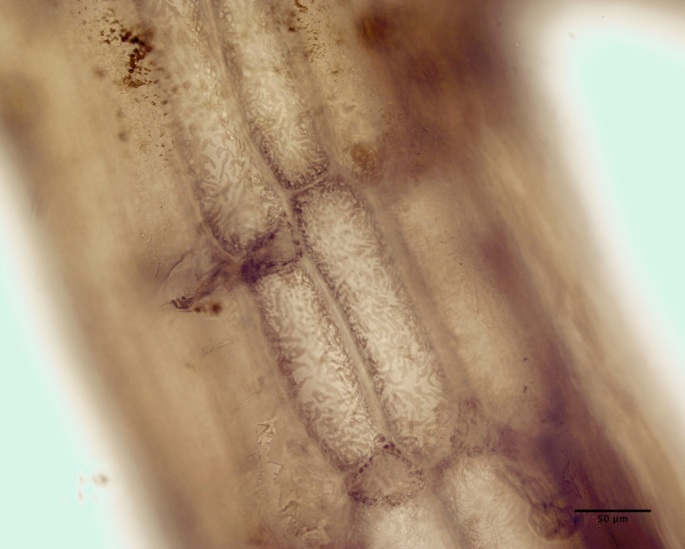 Image D. A view of pericentral cells in the low thallus with sparse cortication (GWS039121). 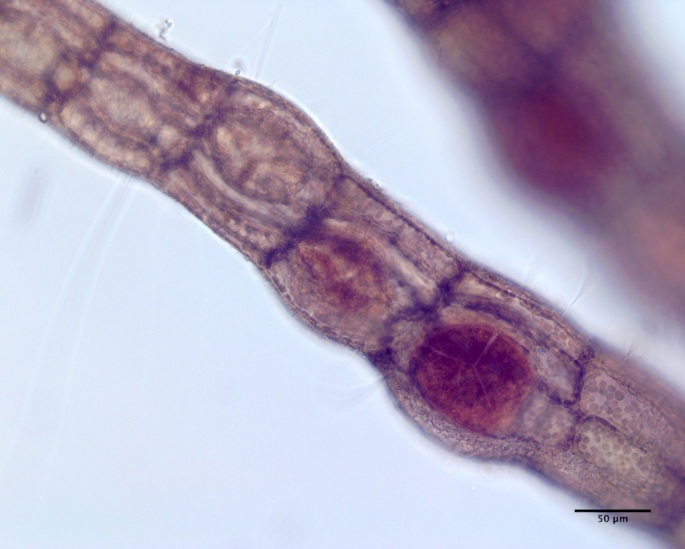